I’m writing my first ever blog on English. The reason is that I study in English, all my notes, and most of the books are in English… I’ve been studying the archaeology of first temple period Jerusalem during this semester. The class is thought by Gabriel Barkay. It has been a very interesting course. In order to write about these things, which I have learned, I will just concentrate on one “small” subject at a time. This writing, and the following writings, serve only as "tasters" because I'm not capable of introducing the city's wonders and especially not in such a small blog.

Let’s start from the beginning, when Jerusalem is first mentioned in history. This takes us into the 18th century BC Egypt. From this time in Egypt there has been found “execration texts” which curses the potential enemies of Egypt. The texts mention many cities and their kings from Syria and Canaan. Among them is mentioned some kings of Rushalimum – Jerusalem. In the chronology of the Bible, the patriarchs, Abraham, Isaac and Jacob lived around this time. From that time scholars have found archaeological remains from the slopes of Mount of Olives in Jerusalem. This means that in the 18th century Jerusalem was a city. Its importance is noted by the fact that the great Egyptians regarded it as its one potential enemy.

The period from 1950 - 1500 BC (Middle Bronze Age) was a period of urbanization in Canaan. According to contemporary Egyptian sources Canaan had 60 cities, and in these sources two kings of Jerusalem are mentioned by name: Tzakar-am is the other one. From this period the archaeologist Kathleen Kenyon has found a wall surrounding the city of Jerusalem dating to 18th century BC. The most important spot of Jerusalem – the Gihon spring, which provided water for the city – was surrounded and protected by a thick wall. From this period dates some of the biggest building stones until the time of Herod the Great!

Even thought this is the period of the patriarchs (Middle Bronze Age), Genesis does not explicitly mention the city, although indirect references to Jerusalem are found from Gen. 14 and 22. Jerusalem was the place where Abraham met Melchizedek, the king of Salem, Gen. 14:18-20, who gave him bread and wine and blessed him. Melchizedek was the priest of the highest God: El-Elyon. The name Melchizedek is Hebrew and it means the king of righteousness. Melek = king, tzadi = righteousness. Interestingly the other king of Jerusalem mentioned in Josh. 10:1 is called Adoni-zedek, which means the Lord of righteousness. In the book of Isaiah Jerusalem is called the city of righteousness: air-zedek. So in an early state Jerusalem is the city of righteousness and peace. In Gen. 22 Abraham is to offer his beloved son on the mount of Moriah, which is the same mount on which latter Salomon built the house of God (2 Chron. 3:1/Gen. 22:2).

Later, after Genesis 14, the person of Melchizedek appears a couple of times in the Bible: Ps. 110 and in Hebr. 5:10, 6:20 and 7:17. Psalm 110 says that the Lord promised to make the messianic king David the Melchizedek, the king of righteousness. The words of Hebr. 5-7 says that Jesus is this Messiah, fulfilling the prophesy. He had already met Abraham in Jerusalem, and given him the bread, wine and the priestly blessing.

In 14th century BC, and in the whole of the Late Bronze period i.e. 1550-1200, the land of Canaan, including Jerusalem, was under the rule of Egypt. From the 14th century BC Egypt there has been found 382 letters written between the Egyptian overlords and the Canaanite province leaders. Six of these are between Egypt and Jerusalem, which is now called Urusalim and its king is Abd-hepa. Click here and you will see one of the letters. These letters are called the el-Amarna letters due to the fact that they were found from the archives of the ancient Egyptian capital city el-Amarna. The letters reveal that Abd-hepa was the king of a great city-state. The letters also relate that Jerusalem was one of the most loyal city-states towards Egypt, although Jerusalem seems to have been practically quite independent from Egypt. In the contemporary war-stories it is told that Egypt conquered some Canaanite cities, but Jerusalem is never told to have been conquered.

Here are some background info. Next time I’ll write about Jerusalem in the books of Joshua and Judges.
Lähettänyt Juho Sankamo klo 13.16 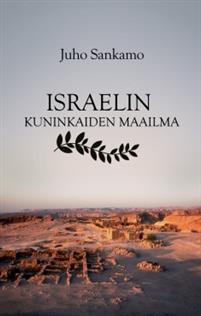 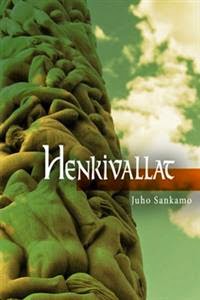